“What is a Mentalist? – A guide to understanding and being inspired” 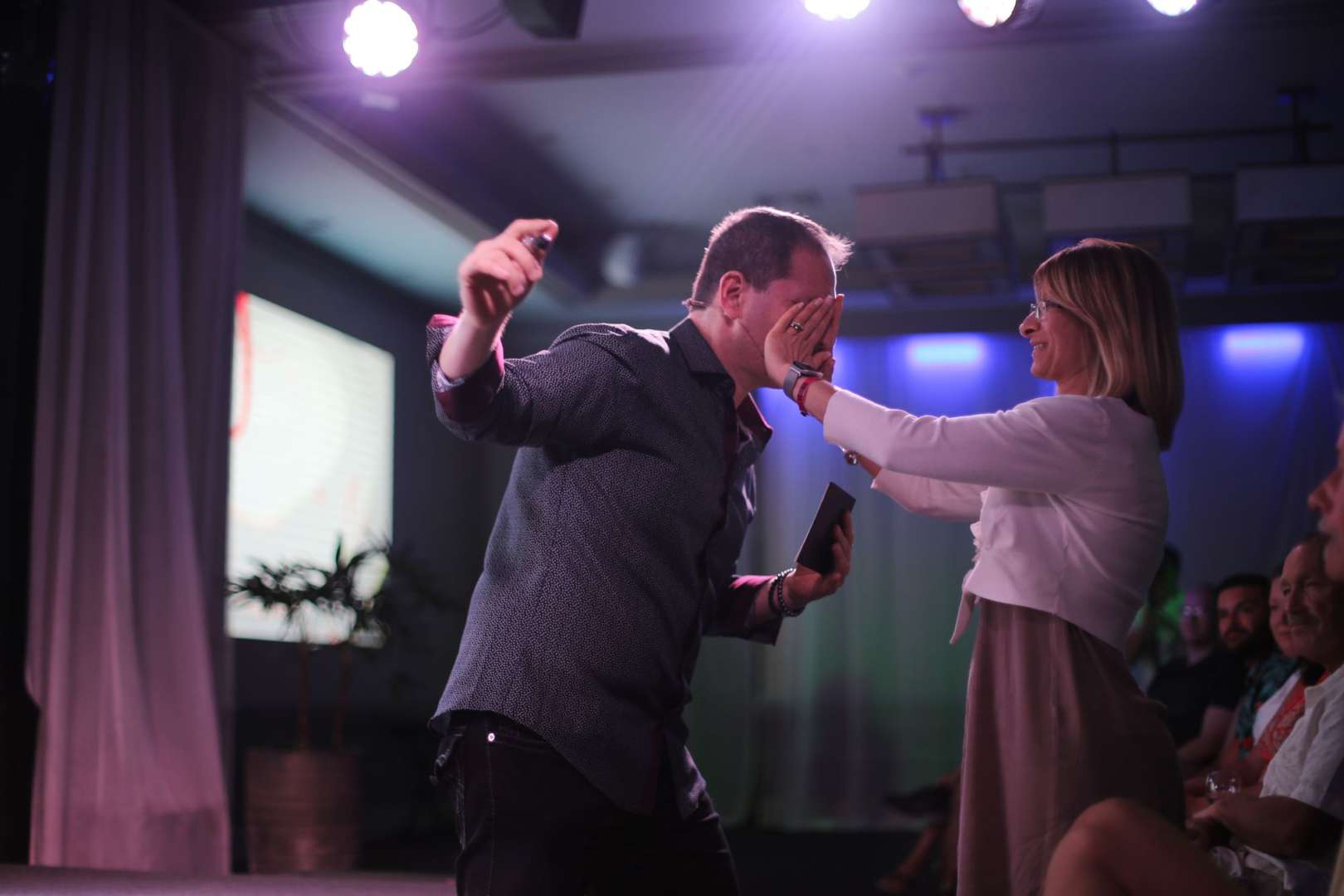 I am sure you heard the term: MENTALIST before and some are asking what exactly is a Mentalist?

Unlike other forms of entertainment that are pretty self-explanatory, such as Stand-up Comedians, Singers, Dancers, Hypnotists, Magicians or Illusionists, a Mentalist is somewhat vague when hiring one or going to see one in a show.

If you are curious about the mysteries of the mind such as Telepathy, Telekinesis, Psychokinesis or other forms of Mind Power magic? A Mentalist is exactly what you are looking for!

In this guide we will explain what a Mentalist is, what to expect and maybe even reveal some misconceptions or at least make them a bit clearer.

A Mentalist is a form of art that focus on demonstrating the power of the mind.

Typically, it is a specialty of the Magical art where a performer demonstrates extraordinary mental skills. In many ways a Mentalist is like an actor who plays the ability of a psychic with special powers.  But unlike an actor, a skilled and experienced Mentalist also learned other modalities that use psychological knowledge to mix with mentalism art.

We all know the CBS show: THE MENTALIST, where Patrick Jane, played by the Australian actor: Simon Lucas Baker, helps solve crimes by having psychic abilities.

It is very close to what a Mentalist is, but it’s not a scripted Hollywood TV show.  A great Mentalist must execute in a live senario with real people at real time. Most likely, every show is a bit different because of the distinct volunteers resulting in endless possible outcomes!

Mentalism is the term of the art which may demonstrated skills of intuitive abilities. Typically, this manifests as telepathy, telekinesis, or mind control. Often mentalism is demonstrated in the form of memory skill, clairvoyance, or precognition.

Guy Bavli, an award winning and internationally acclaimed Mentalist and Entertainer, has been featured in hundreds of television shows all around the world in front of millions of people.

Some Mentalists can claim to have real supernatural powers to achieve their extraordinary demonstrations. Guy Bavli explains that Supernatural powers do not exist in real life in the same way that you may think it does.  The skills that are learned and earned over the years mixed with magic, psychology, intuition, physiology and the study of human behavior along with personal experience is what makes a Great Mentalist.

A Great Mentalist is not easy to find! The way to find a good one is by watching it and deciding! In order to be exceptional, a Mentalist needs to have strong charisma and a good eye for human behavior. Different from other magic arts, Mentalism is not a visual art where you can see things appear or disappear. It is a stimulating presentation of extraordinary feats where the performer must be a great showman and know how to interact and bring an original spin to make it memorable, interesting and inspiring says Mentalist & Corporate Entertainer, Guy Bavli.

Check out this video on Telekinesis and Hypnosis

What is a mentalist?

Mentalists may rely on Illusions as well as subliminal or non-verbal cues, body language, understanding of human psychology and very strong intuition, in order to create what others perceive to be the Sixth Sense.

Guy Bavli has been performing as a Corporate Mentalist & Entertainer, as well as, Corporate keynote speaker for decades.  He is an award-winning artist, recognized in his field with prestige and respect. His goal is to inspire people to be better, dream bigger, and live happier.  He does this by explaining some of his secrets and years of knowledge and experience in order to show them that we all can be better and do better.

“Some small psychological tricks of the mind and knowledge of basic human behavior can make a big difference in our lives”, says Bavli. “It’s like reading a good motivational book… take what you want and leave what you don’t.” But if you take one thing out of a Guy Bavli performance, it might be a tool or a piece of information that you will use in your daily lives.  And of course, you will be laughing your pants off at Guy’s unique friendly humor while baffled at what you are witnessing with your very own eyes.

Check out this video of a Mentalist

So, What is a Mentalist and what do they do?

To conclude, a Mentalist is a performer acting as a psychic.  Although we cannot really read people’s mind and know what they are thinking, a skilled Mentalist knows how people are thinking and by that, he knows more about them than they think!

Often Mentalists explain the difference between magic and mentalism for the sake of expressing the validity of their practice. Often mentalists cite that magicians, in fact, use illusions and trickery to convince audiences that something which did not actually occur, has occurred. But a good mentalist is someone that mixes between Magic, Illusion and Psychological elements to create the experience of supernatural!

What is a Masterof the Mind (Master Mentalist)?

Master Mentalists are those who travel or demonstrate their skills in front of large groups.  A Master Mentalist, such as Guy Bavli is one who possess incredible, irrefutable talent in performing feats of telekinesis, telepathy, mind reading.  But most of all, a great Mentalist is an amazing performer that knows how to entertain, manage and communicate with his audience.

Yes, you can find many Mentalists out there. There are those who learn some tricks and perform them, and there are those who can hold a performance for an hour or more with breathtaking moments and lighthearted humor that makes the audience enjoy every bit of the show. That’s the goal! A great Corporate Mentalist will keep, and entire audience stimulated and relishing every step of the way. From employees, to managers to clients and their families. A true Master Mentalist is like a master pilot who has tens of thousands of hours flying, has been everywhere and seen everything. This is the one you should hire for your next corporate event or conference. Check out Mentalist & Corporate Entertainer, Guy Bavli, one who will guarantee you a great success in your event.

Check out this video of master mentalist, Guy Bavli, Master of the Mind

Being Inspired by Mentalism

Learn more about bringing Mentalism into your next corporate event or workplace for motivation and inspiration with Guy Bavli, Master of the Mind.